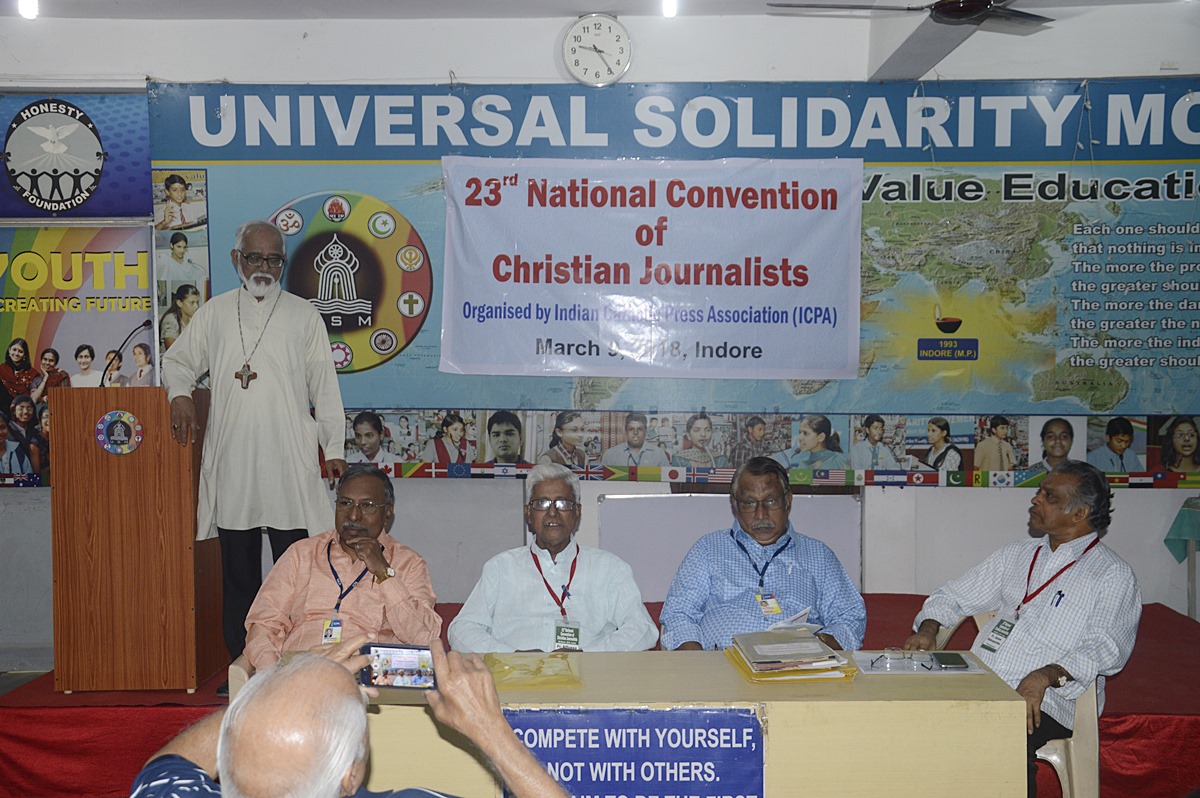 The 54th Annual General Body meeting of the Indian Catholic Press Association (ICPA) was held at the Universal Solidarity Movement (USM) of Value Education for peace, Indore on 10 March 2018. The meeting began with a hymn to the Holy Spirit led by Srs. Tessy and Rosely and a prayer by Fr. Varghese S.J.

President Fr Alfonso Elengikal welcomed the members expressing regret for the inconvenience caused due to change of venue from St Arnold’s Seva Sadan to USM. He requested the members to help each other to bring up the Organization. He appreciated Fr. Suresh Mathew and team for their wonderful work and support to ICPA and especially to set up our office in Delhi.

Bishop Salvadore Lobo, the Ecclesiastical Advisor of ICPA and Chairman of the CBCI Office for Social Communications, in a brief address to the members before the meeting, expressed the need to encourage more young people into the Organization. He felt that this AGM was special for two things: Firstly, because it is a place close to Bl. Rani Maria’s martyrdom and the city where she was beatified. Secondly, it is in the diocese of Bishop Chacko, who has always been media savy, and who is also the former chairman of the CBCI Media Commision as well as the FABC Media chairman. Bishop Lobo also appreciated Fr. Varghese Alengaden who lights a candle in the hearts of many young people. 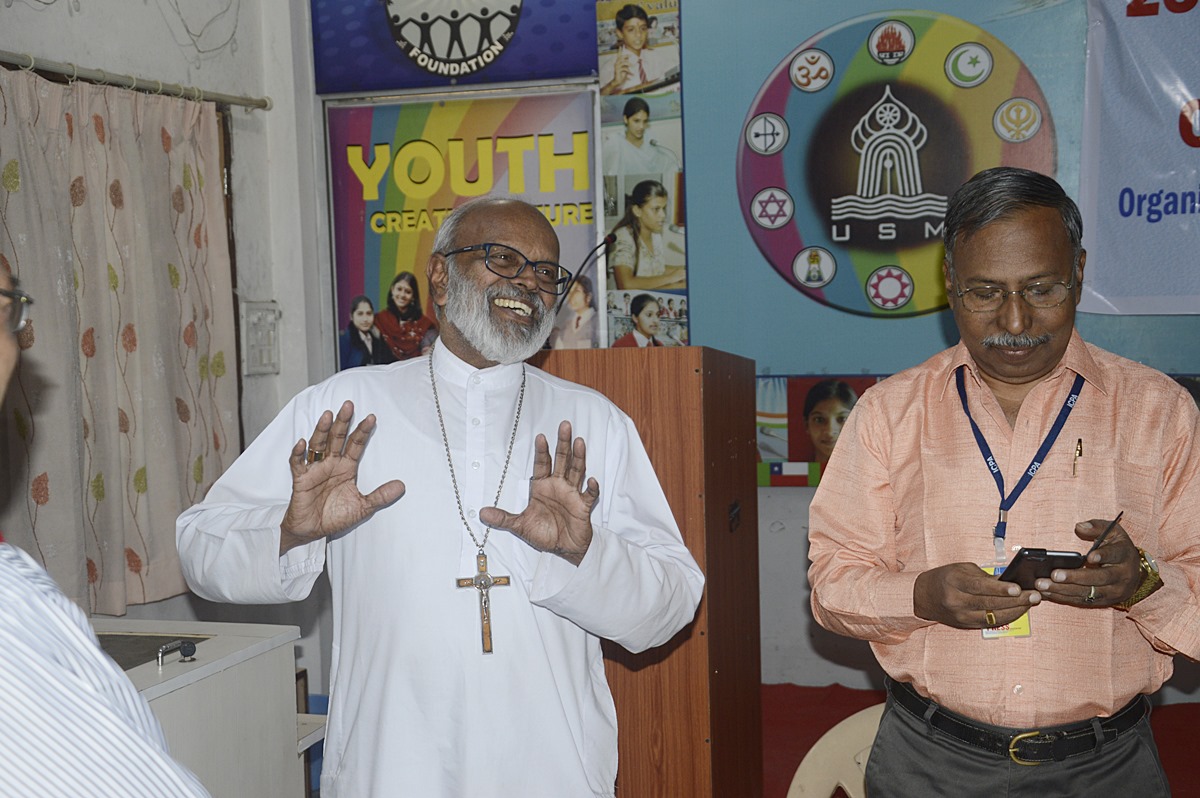 Secretary Jose Vincent presented the minutes of the last AGM held in Nagpur. The report was proposed to be passed by Fr. Francis Britto and seconded by Fr. Varghese Paul.
Later, a working report of 2017-18 was presented by the Secretary.

Treasurer Fr. Jayan Nakapuzha presented the audited account till December 31, 2017 and it was proposed to be passed by Fr Varghese Paul and seconded by Mr Lawrence Coelho.

Venue & Date for next AGM: Some members suggested the Eastern Region for holding the next AGM. Fr. Sunil said that in Odisha region there is the possibility except that flights at present are not available to Jharsuguda. But the possibility of having it in Bhubaneswar also could be looked into. The consensus, however, was for Jharsuguda, if it is held in that region. Mr. Reggie David from Jablapur expressed the willingness to host the AGM at Jabalpur. Thus, both the possibilities were kept open.

A theme proposed for the next AGM was“ Role of Media in Promoting a Pluralistic Soceity.” 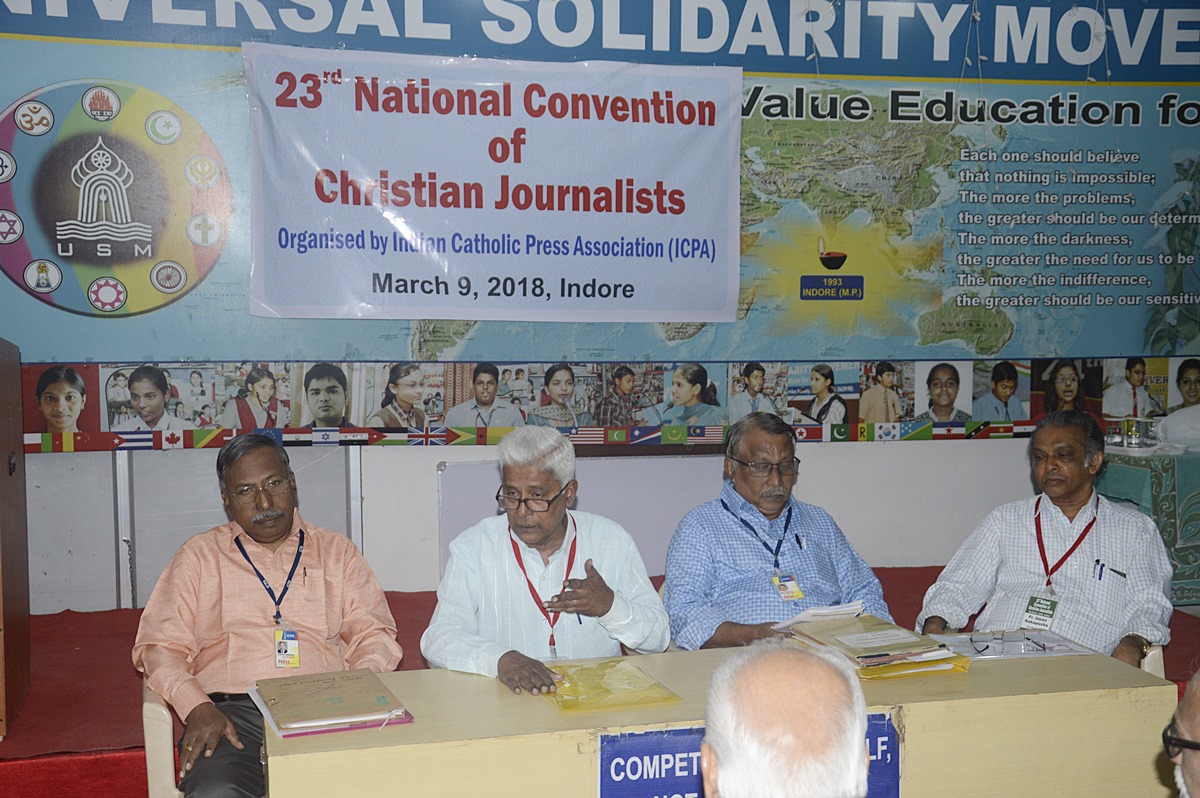